Does the number 7 mean something to you? It could be your birth date, your lucky number, or it has been manifesting itself in different ways to you. The chances are high that you would want to explore what this number stands for.

The Number 7 In Numerology offers complex traits and meanings.

Numbers are the letters of the sacred language. Basically, there are nine numerals, one to nine, which are used to make even larger numbers. Each of these numbers is a magical, mystical building block used to define divine logic in an understandable manner. In numerology, these numbers represent a vast array of energies as we get to understand the numerals.

In turn, the energies have an impact on the vibrations around us in our internal and external behavioral patterns. This article will analyze the energies and vibrations that the number 7 in numerology represents.

What Does Number 7 Symbolize in Numerology?

7 is a number of great dualities.

One way to explore this perspective is by looking at it in terms of the numbers that make it up: 3 and 4.

Three is the number associated with top-notch creativity and unbridled spirituality. Four, on the other hand, is associated with practicality and pragmatism- this is especially when it comes to getting things done to excellent completion.

Essentially, three is said to be the number of the heavens, and four, the earth number.

Therefore, number 7 in numerology is a combination of the attitudes represented by both three and four. This means that people aligned with the number 7 energy are hard workers, not in the physical sense of the phrase, but more in terms of mental activity and ideas.

Number 7 in numerology is characterized by depth and wisdom. It does not live on simple explanations or surface-level truths; it seeks what is beneath. It yearns for the flesh and bones of any concept, which brings us to the mantra it operates by: “nothing is only skin deep.” A number 7 will not stop until they get to the bottom of a matter. For that reason, listening, researching, observing, and asking questions are all special skills possessed by the 7.

Essentially, a person that is aligned with the vibrational energies of number 7 is mighty introspective and very in touch with their inner person. For this reason, a number 7 will spend a big chunk of their time in solitude, thinking and internalizing.

It, therefore, follows that in social situations, they are at their most uncomfortable and may come off as aloof and awkward. However, due to their connection with their intrinsic nature, they tend to be very spiritual. We will explore the spirituality bit shortly in this article.

The Chariot in Tarot reading is an indication of an upcoming victory, which may explain why 7 considered a lucky number. The same Chariot is also associated with Apollo, a Greek god who is said to have driven a chariot across the sky every day.

Why Is It A Powerful Number?

Number 7 in numerology is powerful for various reasons. The most important is that it is the luckiest number in numerology. The number is associated with winning and good results. This attribute could be associated with the thorough and in-depth nature of the numeral that leaves very minimal room for failure. In the Chinese numeral system, the number 7 stands for togetherness. Thus, a person whose root number is 7 is most likely to gain support from other people compared to everybody else.

The number also represents perfection in the universe. Several things in the world are linked to the number; for instance, there are seven colors of the rainbow, seven days in a week, and seven wonders in the ancient world. In the bible, God rested on the seventh day after creating a perfect world in six days.

People with an alignment of number 7 are often the most intelligent people in a gathering. They are always gathering information and extremely analytical with the knowledge absorbed. Naturally, the number 7’s are curious and always have questions for both metaphysical and practical concepts. The ability to separate fact from fiction is a tact that enables a number 7 to have concrete and valuable wisdom. Essentially, a 7 is a person you would want on your team if you wish to succeed.

A mentionable number 7 is Stephen Hawkins, a renowned scientist of the 21st century.

What Does It Mean Spiritually?

Number 7 emits vibrations of introspectiveness which cause one to be in touch with their intrinsic self. For that reason, number 7’s understand that there is something deep within us that is intangible and that awareness instills a great sense of spirituality. Coupled with intellect and a sense of personal connection, spiritual experiences of number 7’s are meaningful and mysterious. The number 7 in numerology is, therefore, recognized as the number of spiritual quests.

One of the root numbers of 7, three, is the number of not only the Holy Trinity but also the Three Graces that make up the 9 Muses of the Greek religious folklore. According to mythology, the 9 Muses would carry musical creative inspiration from Apollo’s lyre to the earth. If you have been keeping tabs, you will remember that the earth number, four, is 7’s other root number.

The idea of 7 being the number of spiritual quests originates from the Holy Grail story of the middle ages. This is keeping in mind that 7 is a balance between heaven and earth, which are represented by three and four, respectively. According to the Holy Grail story, the Grail is believed to have been brought to earth by the two parties of neutral angels and warring angels. By this, we can conclude that seven represents a spiritual middle ground much in the same way Yoga and Buddha do.

The following are the personality characteristics of people that are aligned with number 7.

The number 7’s are protective of themselves and the people they hold dear. They avoid conflict and confrontations at all costs. They are choosy when it comes to the people they associate with as friends or romantic interests, but once they let you into their lives, they protect the relationship with zeal.

Number 7’s take time to reflect and do in-depth research with exhaustive thought processes before making a decision. They are mighty skeptical of anything that they do not have adequate information on or have not had the chance to analyze satisfactorily.

It is the nature of number 7’s to retreat and be by themselves for stretches of time. As seekers of truth, they take advantage of the quiet found in solitude to have clear, organized thoughts.

Number 7’s are constant learners- they are always seeking knowledge. They are curious, observant, and brilliant. They also have the ability to separate factual information from unfounded truths, which means that the wisdom they bear is valuable. They also prefer playing heady games like chess and crosswords.

People with the vibrations of number 7 are conservative with their expressions, time, and associations. They may appear lazy as they do not fancy physical activities as much as they do mind activities.

They do not acknowledge anything that is not well-thought-of and analyzed enough to qualify as absolute truth. They also have little respect for people who appear weak and lack the drive to finish what they started.

Their introspective nature means that they are able to understand and connect with their inner workings. Thus, they spend a surmountable period thinking about their spirituality, and it can be seen by the way they carry themselves.

Generally speaking, number 7 in numerology stands for security, spirituality, and wellbeing. These kinds of people rarely come face to face with confrontation or conflict. This could be because when they are not alone, they surround themselves with people who share in their values and thought processes. Conservativeness and security are paramount to the lot.

In numerology, 7 is the lucky number and is associated with The Chariot in Tarot card reading, which symbolizes good things to come. If your birthday falls on the seventh, or it is your lucky number, or you have seen the number a lot of late, then it is good to know what it stands for.

More importantly, note that It is imperative to find personal meaning in what the number represents. Symbolism and meaning of numbers are extremely personal, so do not conform to the general interpretations, some of which may not be correct in your case. 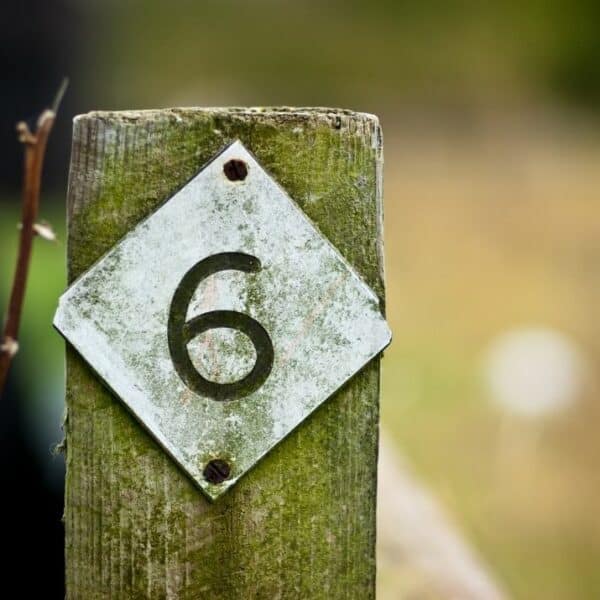